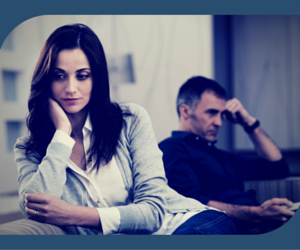 One key component of a divorce is the award of support – including spousal and child support. In most cases, one of the former spouses will be awarded this type of support either because of an already-established agreement between the couple or due to a decision by the court. If you’re in this situation, and the support award has been determined for either you or your former spouse, you may be wondering what happens next.  The Q&A’s below can help you to know what to expect.

Can you hold the spouse or parent liable if they fail to comply with the award?

Yes. Courts can set the obligations included in court orders and they can hold parties in contempt when they fail to meet those obligations. If your former spouse failed to comply with a custody order, an order to pay child support, or a property division agreement, you can petition the court to enforce that order.

What happens if the spouse or parent fails to pay?

Spousal and child support awards may be enforced by contempt proceedings against the spouse or parent who fails to pay, by seizing assets to satisfy unpaid back-support, or most typically, by a wage attachment. Where support is paid according to an order of court, a wage attachment is typically mandatory, and an employer must comply with a wage attachment. Most forms of government payments to a person are also subject to attachment to pay support, but special rules apply in the case of veterans’ benefits. Additionally, tax refunds may be intercepted for the payment of past-due support.

Under what law is a support award enforceable?

Where support is paid according to an agreement between spouses or parents, the agreement may be enforced under the Pennsylvania Divorce Code to the same extent as an order of court. Agreements or orders entered in other states are similarly enforceable under the Divorce Code. Generally, support obligations are not dischargeable in bankruptcy. Alimony obligations may be enforced in the same manner as child and spousal support orders.

Can you or your former spouse modify the terms of the award?

As time passes, often a person’s financial and personal circumstances change. People begin new jobs, or leave old ones. They move. They may even remarry or start new families. When a person’s circumstances change significantly, that person may need to modify the terms of child custody, child support or spousal support orders in order to adequately reflect those changes. Due to this, you can request a modification or termination of the agreed upon award, which will then be decided upon in court.

Our firm has experience both in collecting from non-paying spouses and parents, and in defending people who genuinely can no longer meet their support obligations due to changes in their financial circumstances. To learn more about Wilder Mahood McKinley & Oglesby and how we can help you to enforce a support award, contact us online or call our office in Pittsburgh, Pennsylvania at 412-261-4040.